Looking to inspire the next generation of food+wine entrepreneurs, Paris GOOD food + wine takes a closer look at French and European food + wine companies that began as single-visionary entrepreneurs. 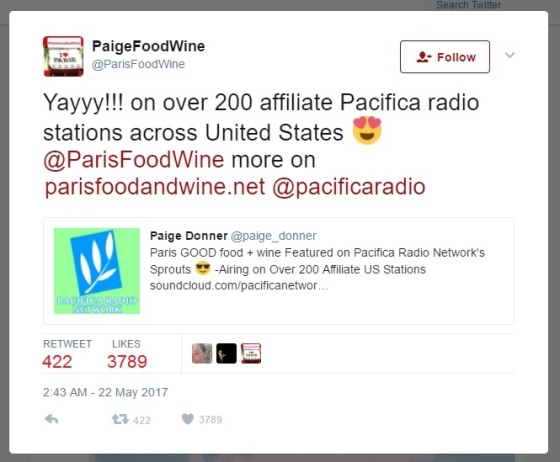 A rural English potato farmer who turned his potato chips into a global brand (Tyrrell’s); a Bordeaux wine company started by a few brothers in the late 1940s that has gone on to be Europe’s biggest wine-selling brand and whose market is 80% French (Castel Frères) ; a cookie and snacks company whose founders got their pastry-making degrees while in business school (Michel & Augustin); a cabaret and restaurant that has been resurrected from the ashes of its 1930’s glorious past (Le Bal Blomet); and a fine foods grocery shop that retains its Mom & Pop Provençal feel (Maison Brémond 1830). 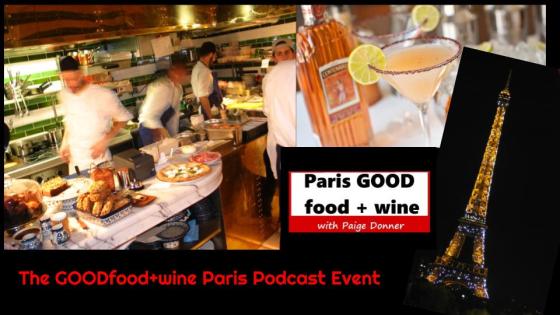 This episode has been brought to you by the generous support of Paris Food And Wine.  And Michel & Augustin. Follow us on Twitter @parisfoodwine, Facebook @ParisFoodAndWine and you can find me on Instagram@PaigeFoodWine

Find this and more episodes of Paris GOOD food + wine on Soundcloud,Stitcher, YouTube, Tune IN Radio and also on iTunes.

Paris GOOD food + wine is the first (and still only) English language radio program and podcast about food and wine produced in Paris, France. This episode, Branding Out of The Box, seeks to inspire budding, next-generation entrepreneurs who might have an idea or a dream and simply require the confidence to pursue it. In an era where big companies are only getting bigger and fast becoming monoliths, the entrepreneurial, small-business dream is still real and still scalable.

Sprouts is a weekly program that features local radio production and stories from many radio stations and local media groups around the world. It is produced in collaboration with community radio stations and independent producers across the country.

All music used is free of rights and royalty-free courtesy FreeSoundTrack.com. This episode features Attacked by Cherubs and also the Sprouts soundtrack Torpedoes on Tuesday by Poison Control. Show Intro/ Outro Theme Jazzy Paris background courtesy of BenSound Music.
This episode has been generously brought to you by Paris Food And Wine@ParisFoodWine http://parisfoodandwine.net and also Bordeaux Food & Wine @bordeauxfoodvin http://bordeauxfoodandwine.com

For sponsorship and advertising, contact Paige. Also for hosting and speaking engagements and for media collaborations: http://Paigedonner.info